What is Eid al Adha

Muslims across the world this week will celebrate Eid al Adha, a three-day festival which unites the Ummah in its joy and thankfulness for the blessings bestowed on it by Allah swt. While we may be familiar with the term Eid and the festivities associated with it, what and when is Eid al Adha?

What is Eid al Adha?

Eid al Adha means ‘Festival of Sacrifice’. It is one of the two key festivals in the Islamic calendar, the other being Eid ul Fitr which marks the completion of the blessed month of Ramadan.

Eid al Adha falls on the tenth day of Dhul Hijjah, the final month of the Islamic lunar calendar, and the culmination of the Hajj – one of the Five Pillars of Islam and an obligation that every Muslim should try and fulfil at least once in their lifetime.

It also marks the beginning of Qurbani (or Udiyah in Arabic), the sacrifice of animals on the three days of Eid to honour the Sunnah (actions and practices) of the Prophet Ibrahim (alaihis salaam) who was instructed by Allah subhanahu wa ta’ala to sacrifice his son, Ismail (as).

So devoted and committed was Ibrahim (as) to his Creator that he was on the verge of taking his son’s life – an act that Ismail (as) was a willing participant to – when Allah swt replaced his son with a ram.

Qurbani is carried out on the three days of Eid al Adha – the 10th, 11th and 12th of Dhul Hijjah – starting after the special communal Eid salah (prayers) on the first morning.

Following conditions laid down in Shariah, the animal chosen for sacrifice must be a sheep, lamb, goat, cow, bull or a camel. They must be healthy and over a certain age.

A small animal – a sheep, lamb or goat - consists of one Qurbani share, i.e. it fulfils Qurbani for one person. Larger animals such as a cow or camel have seven shares per animal.

As many in the UK and the West are fortunate enough to have meat readily available throughout the year, they choose to donate all their Qurbani to benefit those for whom meat is a luxury and Eid Adha represents the only time of year when they can enjoy meat dishes. 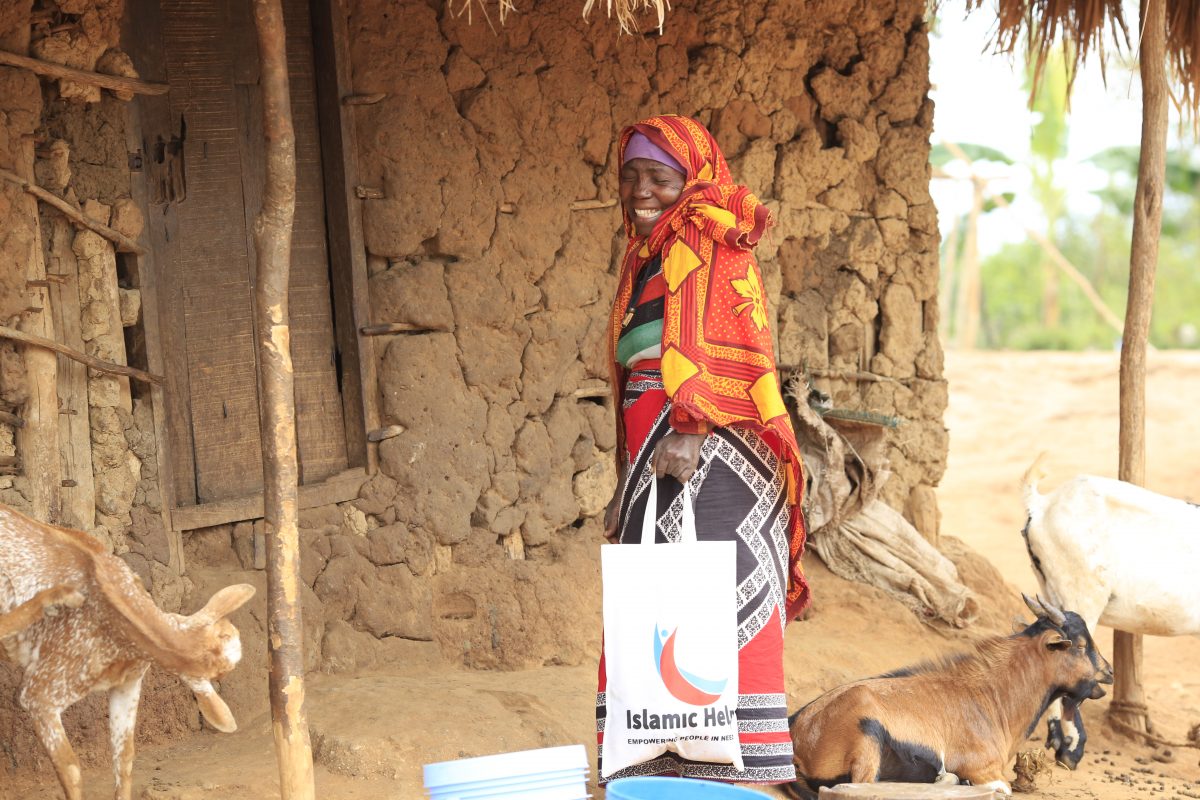 According to the Hanafi school of thought, Qurbani is wajib (obligatory), while the other schools of thought generally regard it as Sunnah Muakkadah (a confirmed Sunnah). In practice, most people give Qurbani even if they are not eligible to pay Zakat but have enough money left over after meeting all their household needs.

It is also a Sunnah of our beloved Prophet (Peace Be Upon Him) to give Qurbani after the Eid al Adha prayers.

‘The Prophet (PBUH) said (on the day of Eid): “The first thing we will do on this day of ours, is to offer the (Eid) prayer and then return to make the sacrifice. Whoever does so, he acted according to our Sunnah…” (Hadith Bukhari)

As well as giving Qurbani for yourself, it is also Sunnah to give another share or animal for those in need.

“The Prophet (PBUH) sacrificed for the one who could not sacrifice from his Ummah, one who bore witness to the Oneness of Allah and (his) Prophethood”. (Hadith Ahmad).

If you haven’t already done it, give your Qurbani: The Blessed sacrifice in time for Eid al Adha. Islamic Help teams across the world will be carrying out Qurbani in 15 countries this year.

Due to differences of opinion or of sighting the moon in different countries, the first day of Eid al Adha this year will be on either Tuesday July 20 or Wednesday July 21.

For instance, Saudi Arabia – where the Hajj takes place – announced Eid al Adah will be on July 20, a date also followed by other Middle Eastern countries and large parts of Europe. Those marking the start of Eid on July 21 include Pakistan, India, Bangladesh and parts of Africa and the UK.

In the UK, communities will follow one of the two dates depending on whichever mosque, shaykh or moon-sighting criteria they follow. 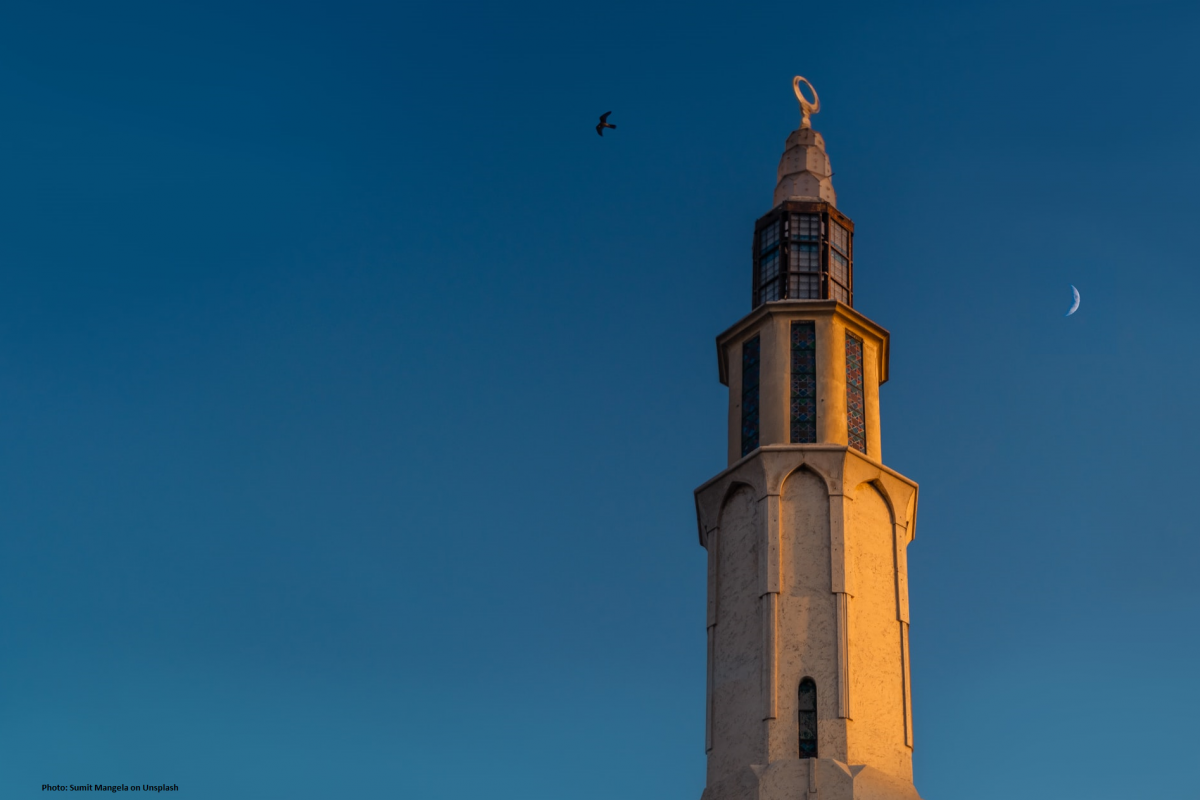 Fasting on the day of Arafah (9th Dhul Hijjah) is a confirmed Sunnah of our beloved Prophet (PBUH) but only for those who are not performing Hajj. Fasting on Eid al Adha (and Eid ul Fitr) is forbidden.

The days of Eid al Adha are part of a period known as the Days of Tashriq, which covers the 9th to the 13th of Dhul Hijjah. On these days, Muslims are required to say the following Takbir aloud after obligatory (fard) prayer:

Reciting this Takbir of Tashriq starts from the Fajr (morning) prayers on the 9th of Dhul Hijjah to the Asr (early evening) pray on the 13th, thus lasting 5 days with 23 prayers in total. It is also among a number of Sunnah of Eid al Adha. Among them are:

The last point is especially important as highlighted in the following Hadith:

Abu Hurairah (May Allah be pleased with him) reported that Prophet (PBUH) said: “Whoever can afford it [sacrifice], but does not offer a sacrifice, let him not come near our prayer place.” (Ibn Majah).

After the Eid prayers, it is traditional to congratulate each other with Eid greetings, the most common of which is ‘Eid Mubarak’ (which means ‘blessed celebration’), before joining family and friends for Eid festivities.

From everyone at Islamic Help, we thank you for all your support in helping empower and improve the lives of people in need across the world. May you all have a blessed and joyful Eid.

SHARE THIS
written by |Islamic Help
RELATED TOPICS
VISIT NEWSROOM
Eid al Fitr 2021 The end of the blessed month of Ramadan is marked by the fes...
Islamic Help Receive... Islamic Help’s efforts towards tackling climate change have ...
The Blessings of Dhu... Our beloved Prophet Muhammad (Peace and Blessings of Allah B...

Login with Facebook
This Donation has been added to your cart!