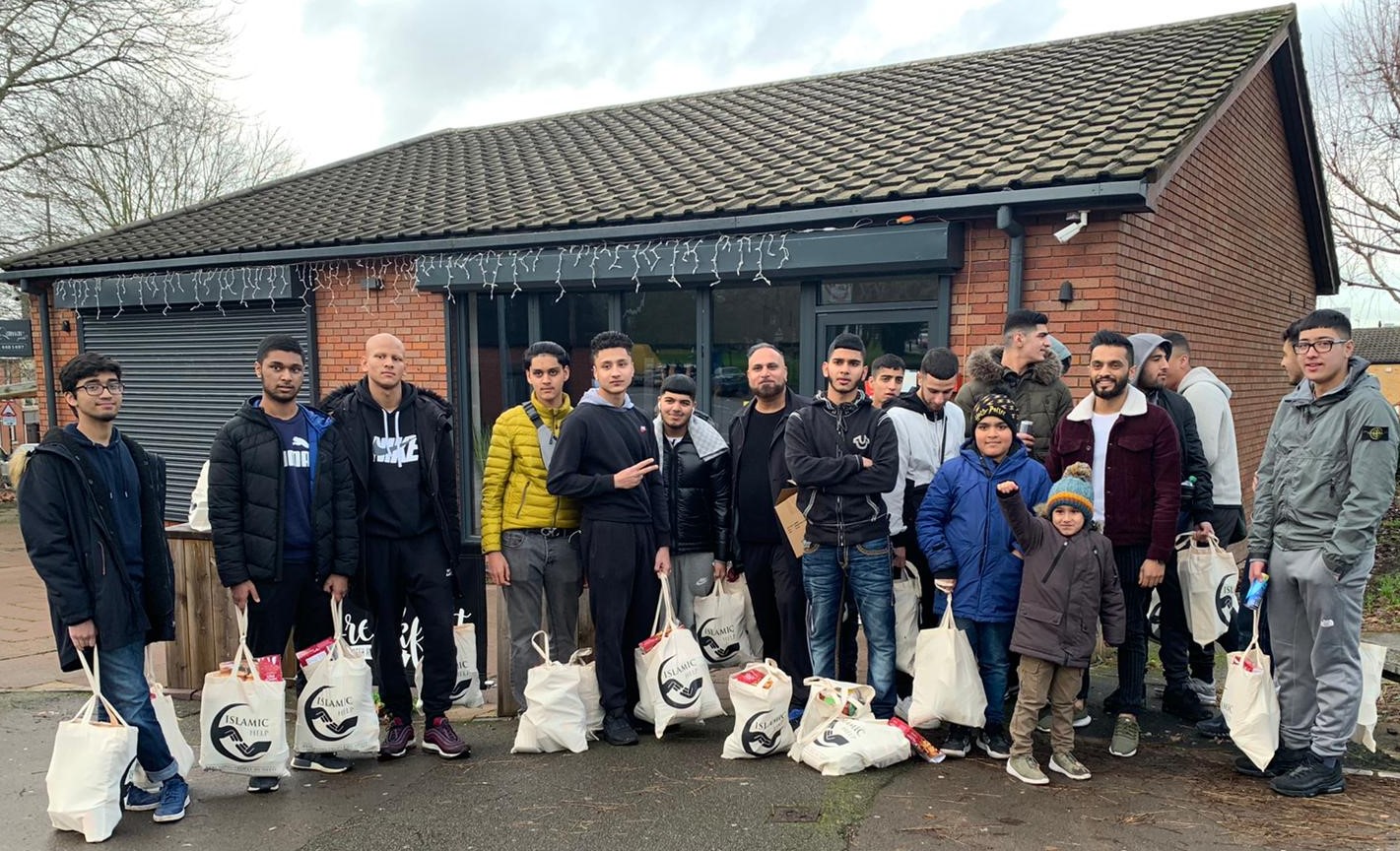 Enid Williams has lived in Balsall Heath, Birmingham, for most of her life. An active community memb...

Enid Williams has lived in Balsall Heath, Birmingham, for most of her life. An active community memb...

Enid Williams has lived in Balsall Heath, Birmingham, for most of her life. An active community member, she was a familiar figure at residents’ meeting and events, always smiling and volunteering to help those who were in need.

Today, Mrs Williams has lost her sight and needs round-the-clock care which her daughters provide.

With age and infirmity restricting her freedom, the pensioner now finds herself in a position where any visitor is a welcome boost.

She was one of the many vulnerable residents who were recipients of our winter food aid and who shared common feelings of loneliness, which can often trigger depression and other health complications.

The visit by the team distributing the food hamper packs helped lift the spirits of the beneficiaries, including Mrs Williams, who expressed their happiness and appreciation that they had not been forgotten by their neighbours.

“It was heart-warming to see the smiles on people’s faces who received the food packs, with one elderly resident commenting that she would be able to leave the heating on for much longer over the winter period as she would save money on food,” said an Islamic Help official.

“It was also a great example of a multi-faith and multi-ethnic community coming together to help the most vulnerable in our midst.”

More than 50 family food packs were distributed to households and residents who were selected on a needs basis after being canvassed by team members and local Police Community Support Officers from Edward Road police station.

Three teams carried out the daylight distributions to households, with the evening being devoted to a visit, with volunteers from 3 Christian churches, to Amberley Court Nursing Home.

Cards made by the pupils from Ark Tindal School and gift-wrapped presents were handed to the nursing home residents who include people of different faiths and denominations. Many are restricted to wheelchairs while others have limited social contact.

“The visit was extremely well received with many of the residents asking if we could do something similar during Ramadan or Eid – there are many Muslims who reside in Amberley Court with not much access to the outside world,” said the Islamic Help official.

“One of the resident’s son and daughter-in-law who were visiting commented on how nice it was to see what we were doing, plus how powerful it was to see Muslims and Christians coming together to reach out to so many people.

“They were very interested to learn more about other projects Islamic Help and the Bahu Trust do both locally and internationally, and this was a sentiment expressed by our Christian volunteer friends who’ve expressed interest in carrying out further joint projects that benefit the community that we all serve.”