The Blessings of Dhul Hijjah

Our beloved Prophet Muhammad (Peace and Blessings of Allah Be Upon Him) said: “There are no days on which righteous deeds are more beloved to Allah than these [first] 10 days [of Dhul Hijjah].” Hadith Bukhari

The Month of Dhul Hijjah

Dhul Hijjah is the 12th and final month of the Islamic calendar. As the 11th month, Ḏhul Qaʿdah draws to a close, the sighting of the new moon signals one of the most blessed and precious times of the year for the Ummah.

The month also carries two of the most significant events that Allah swt has blessed the Ummah with – the pilgrimage of Hajj and the days of Eid ul Adha when we offer the blessed sacrifice of Qurbani in devotion to our Creator.

The Hajj pilgrimage is one of the foundations of Islam, the Fifth Pillar, and an obligation that a Muslim should – if they are physically and financially able to - fulfil at least once in their lifetime.

In modern times, the Holy Cities of Makkah and Madinah have played host every year to more than 2 million pilgrims from across the world performing Hajj. 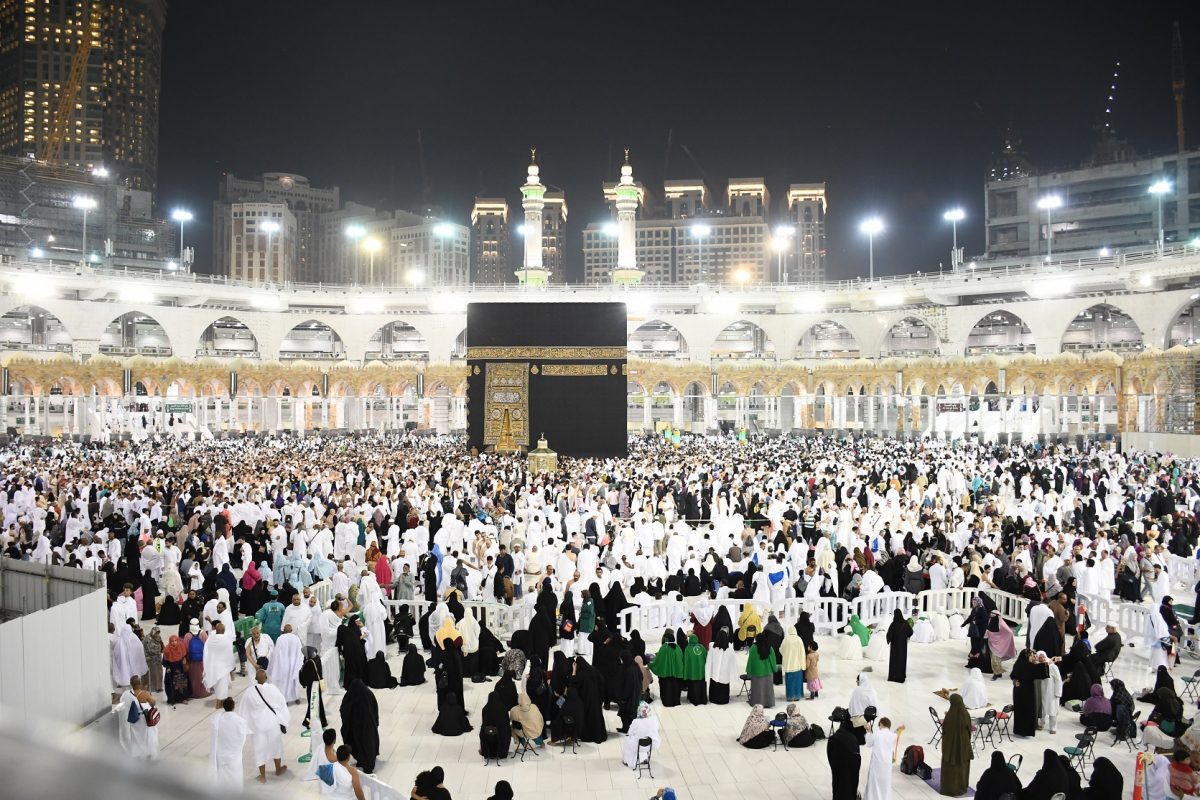 The Hajj takes place on the 8th, 9th and 10th of Dhul Hijjah. The 9th day is of special significance as it is the Day of Arafah, when pilgrims gather on Mount Arafah just outside Makkah to seek forgiveness from Allah swt.

The Day of Arafah is the day when Allah swt granted us the blessing of Islam as the religion for humanity. The Qur’an states:

“This day I have perfected for you your religion and completed My favour upon you and have approved for you Islam as religion.” (Surah al Maa’idah 5:3)

Fasting on the first nine days of Dhul Hijjah is highly recommended and especially on the Day of Arafah. It is said that two years’ worth of sin will be forgiven for this one day of fasting and Allah swt grants His mercy to those seeking His redemption.

Asked about fasting on the Day of Arafah, the Prophet (PBUH) said: "It expiates the sins of the past year and the coming year." (Hadith Muslim)

He (PBUH) also said: "There is no day on which Allah frees people from the Fire more so than on the Day of Arafah. He comes close to those (people standing on Arafah), and then He reveals before His Angels saying, ‘What are these people seeking’." (Hadith Muslim)

It is a recommended Sunnah of the Prophet (PBUH) to fast on the Day of Arafah. The only ones who should not fast on this day are the pilgrims on Hajj.

Fasting is just one of the many ways we can show our devotion to Allah swt during this blessed time of year. While we may have been denied the opportunity of performing Hajj this year, the rewards and blessings that this special month presents means we should be even more diligent in not only performing our obligatory acts of worship such as salat and dua, but by going that extra mile to earn our Creator’s pleasure.

A simple act of giving charity; devoting time and effort to help others; showing love and care for our parents, relatives, neighbours and those in need. All of these acts can benefit us in this life and the Hereafter.

Among the many ways we can show our devotion to Allah swt is by fulfilling the Sunnah of the Prophet Ibrahim (alaihis salaam) at the time of Eid ul Adha.

The three-day festival of Eid ul Adha begins on the 10th day of Dhul Hijjah. Not only does it mark the completion of Hajj and is an opportunity to share joy and celebrations with our friends and family but it honours the sacrifice that Ibrahim (as) was prepared to make of his son Ismail (as) for Allah swt.

Just as he was about to carry out the sacrifice of his own flesh and blood, Allah swt rewarded his devotion by replacing Ismail (as) with a ram.

The blessings of Allah swt have given us Qurbani (or Uddiyah) when we offer an animal as a sacrifice and share the meat among our families, relatives and people in need. 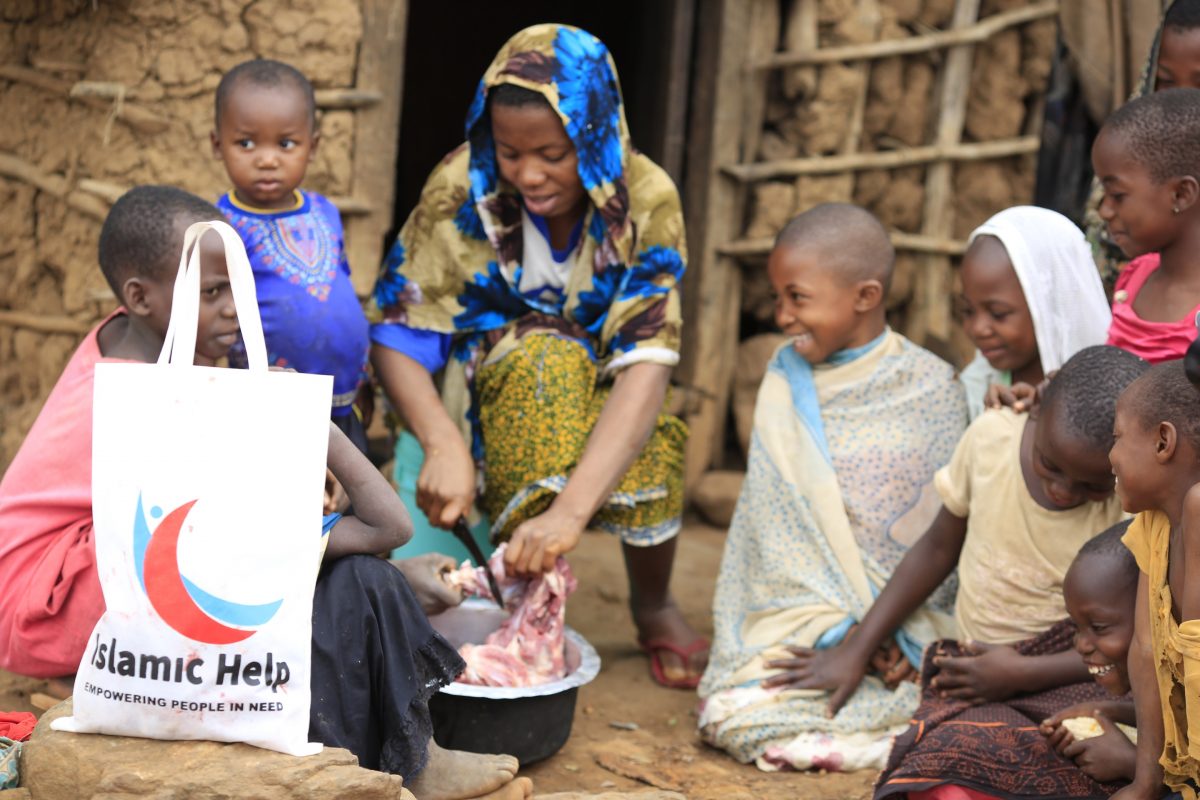 The sacrifice is carried out after Eid salah (communal prayers) on the first morning of Eid ul Adha and follows conditions laid down for Qurbani – which govern the age, type and health of the selected animal and the ritual of sacrifice.

The meat is then divided into three equal portions. One is for family, another for friends and the third portion is to go to people in need.

As many of us in the West enjoy the luxury of meat dishes on a daily basis, we give our Qurbani to be carried out in countries where the poorest and most vulnerable - who have no opportunity to eat meat at any time of the year – can share in our joy and happiness.

In 2020, our teams across the world served Qurbani meat on your behalf to more than 700,000 people in need. This year, they will be carrying out your Qurbanis in 15 countries so that the poorest and most deserving can share your joy and happiness on the days of Eid ul Adha.

You can Give Qurbani: The Blessed Sacrifice from just £25 at: www.islamichelp.org.uk/qurbani-2021/